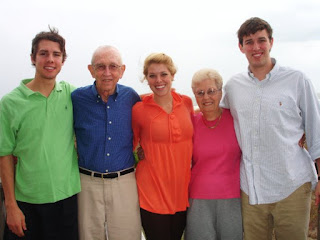 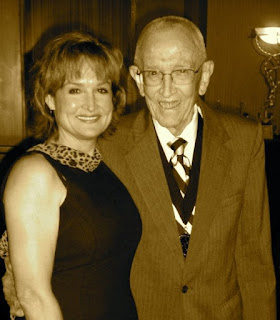 Posted by The Meck - Oct 26, 2010 - 8:06a
--
I got the sad news last nite from my friend, Chris Skinner Fox, her Dad, Roy Skinner,
had suddenly passed away.
After a week stay in the hospital in Nashville, he was scheduled to be released this morning.
He was even planning on going to Panama City Beach for his annual visit and several months of relaxation.

Roy Skinner was a kind man. A gentle giant.
I had the privilege to meet him and visit with him on several occasions.
Coach Skinner was quiet and very humble. He was very proud of his daughter, Chris, and
his grandkids from Dothan, Al. - Austin Roy, Kayla Jo, and Steven Fox. He was like a father to them.

Roy Skinner is the winningest basketball coach in Vanderbilt history. [278 wins, a 63.3% winning pct.]
In 1966, He had the courage to recruit and sign the first black in SEC Sports, Perry Wallace.
No doubt, a bold statement by Coach Skinner to a segregated South.
His forward thinking and execution of equality and acceptance in the 60's  [regardless of the consequences] makes Coach Roy Skinner a Hall of Fame example, then and now, to all of society.
Especially Vanderbilt and The South.

There will never be another gentle giant like Coach Roy Skinner. On or off the court.