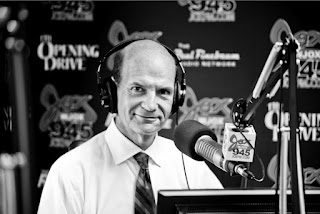 
(DOTHAN, AL.)- Mike Schmitz Automotive Group presents ‘An Evening with Paul Finebaum’ benefiting the Wiregrass Children’s Home on Tuesday, August 14. The event features a Meet & Greet at The Grand on Foster followed by a speaking engagement and lively Q &A session at the Dothan Opera House.

Ticket pricing for the 7:00 p.m. Finebaum main event is $50 for floor seating and $25 for balcony seating. The Meet and Greet is at 5:30 p.m. and tickets are $150 each or $500 for a package of 4 and include: heavy hors d’Oeuvres, two drinks, photo opportunities and priority seating during the main event (only 100 tickets are available for the Meet and Greet). Tickets are available through the Dothan Civic Center and all ticket sales will benefit the Wiregrass Children’s Home.

Finebaum has been writing and commentating on regional and national sports in the South for over 20 years and his syndicated radio show is heard throughout the Southeast on 27 affiliates, including Dothan’s AM 560 and 100.1 FM. The Finebaum Show is also heard nationwide on Sirius XM - Ch. 91.

He began his career in 1980 with the Birmingham Post-Herald and since then has been awarded over 250 national, regional and area sports-writing awards. Finebaum’s articles have appeared in national publications including the New York Times, Sports Illustrated and The Sporting News. During the college football season he also writes a weekly column for SI.com (Sports Illustrated).

Finebaum is a frequent guest on the ESPN TV show "Outside The Lines." He's also appeared on CNN's Larry King Live and the famed TV show "60 Minutes" on CBS.

Tom Ziegenfelder, Wiregrass Children’s Home board member, is excited to have Finebaum come to town to help raise money for a great, local organization.

“I am looking forward to having Mr. Finebaum in town for a great event that will help raise money for an important cause,” says Ziegenfelder. “The Wiregrass Children’s Home gives children the chance for a brighter future by offering children the parental guidance, love and support they are without.”

For more information on the event, call Whittaker Marketing at 334-673-1010 or visit www.WiregrassChildrensHome.org. For ticketing information, call the Dothan Civic Center Box Office at 334.615.3175 or to purchase tickets online visit www.DothanCivicCenter.org .


ABOUT PAUL FINEBAUM
Paul Finebaum has been the leading authority in Southern sports for over 20 years through writing and commentating on regional and national sports issues.  Finebaum began his career in 1980 with the Birmingham Post-Herald and since then has earned over 250 national, regional and area sports-writing awards. His articles have appeared in national publications including the New York Times, Sports Illustrated and The Sporting News.

Finebaum’s career in radio also began in Birmingham in the 1980’s, and his popular radio program arrived at WERC in 1993. This show is not only the most listened show in the state of Alabama, but has also won numerous broadcasting awards. For the extended version of Paul Finebaum’s biography, please visit www.Finebaum.com.

ABOUT WIREGRASS CHILDREN’S HOME
The Wiregrass Children’s Home provides a safe haven for neglected and abused children throughout seven counties in the Wiregrass area of Southeast Alabama. The home offers these children the loving support they desperately need in the midst of crisis, as well as a window of hope and promise for tomorrow. For more information about the Wiregrass Children’s Home, visitwww.wiregrasschildrenshome.org.

In 2008, Mike Schmitz was Alabama’s recipient of what is considered the auto industry’s most prestigious retail honor, the TIME Quality Dealer Award. For more information on the Mike Schmitz Automotive Group, please visit www.MercedesBenzofDothan.com. For a complete biography on Dothan’s Mayor, Mike Schmitz, visit http://www3.dothan.org/bio.html.